Why Did Footfall Decline in 2016? [Infographic]

Retailers worldwide have seen the number of customers purchasing products in-store dwindle every year since the advent of online shopping, and 2016 was no different. Here, we explore some of the key reasons why physical footfall continued its downward trend throughout 2016.

What happened to footfall in 2016?

The numbers tell a dismal story. Although overall year-on-year store footfall figures started in the positive in January 2016, at +1.9%, they then became progressively worse as the year went on. November and December in particular saw significant year-on-year declines in customer footfall: -6.4% and -9.3% respectively, with the latter representing the lowest December levels since the Retail Traffic Index began in 1998. For 2016 as a whole, in-store traffic fell by 3.8% over 2015. This year looks to be unfolding in a similarly negative vein – footfall figures for January 2017 show a 16.1% decrease on the year before.

What were the main causes of footfall decline?

Weak consumer confidence, an unstable pound and uncertainties over the looming EU referendum were reflected in low footfall levels in the early part of the year in the UK. Likewise, weak demand, reduced margins and higher costs that followed the introduction of the National Living Wage in April 2016 contributed to the overall sense of unease in the retail world, derailing growth and investment plans across the board, including online-to-offline (o2o) marketing initiatives meant to stave off footfall decline in the first place.

The Brexit vote in summer did little to boost consumer confidence, but the most significant disruption to store footfall in 2016 happened in November, and it was also the most surprising: the ‘Black Friday’ event heralding the start of the Christmas shopping season. While one would assume it to represent the year’s biggest opportunity for retailers to drive customers to their stores, shoppers themselves thought otherwise last year, opting in high numbers to postpone their shopping trips for better deals nearer to Christmas, or to simply shop online to avoid the negative associations with Black Friday the year before.

An unprecedented increase in sales via smartphones was also a big factor in low in-store footfall last year, with retailers in December 2016 seeing a staggering 47% year-on-year rise in this method of purchasing. The consistent shift away from traditional shopping is further reflected in retail figures for January 2017, which show that the UK experienced a 10.1% year-on-year increase in online spending, projected to rise by 14% throughout the rest of the year.

How can BRIDGE help you?

BRIDGE is a specialist SaaS (Software as a Service) provider, offering a full range of online-to-offline solutions to businesses looking to increase footfall in their stores. Our products include Store Locator, Local Pages and Online Listings, all incorporating cutting-edge technology to drive shoppers to physical retail spaces. Learn more about how we can help you. 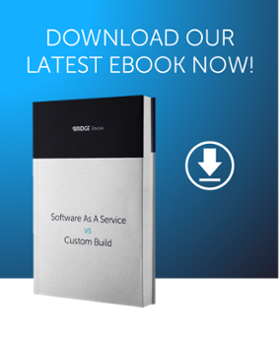 Top Tips for Driving Customers from Online to Offline